Can Pups Play the Piano? 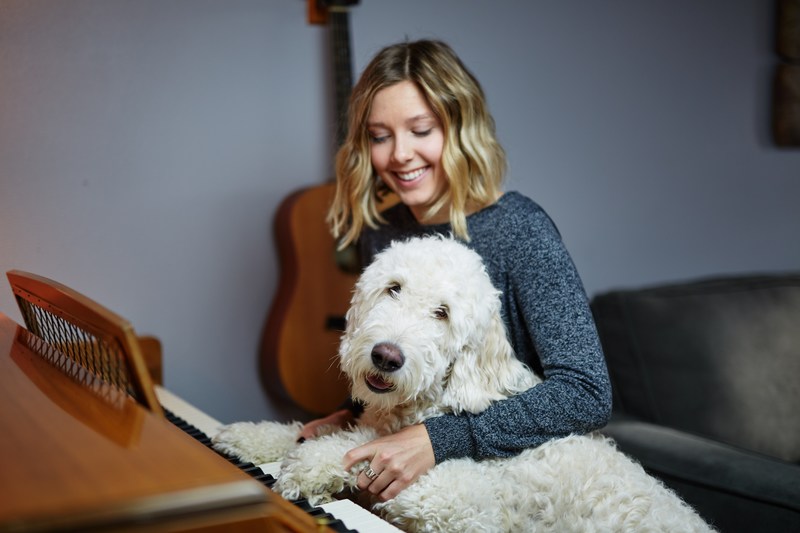 They can run, jump, play, dream–and sometimes, it sounds like they’re downright talking to us. But can man’s best friend play the piano, too?

A few piano players have tried to answer that question, with mixed (but always fun!) results. Read on to learn more about Fido’s ability to play the piano, as well as a few tips on how to make him a pro in no time.

While we’re not quite sure if dogs can understand the practice of playing piano, we know one thing’s for sure: they have definitely tried!

Search online for “dog playing piano” and you’ll find hundreds of results worth watching. Some dogs “play” (or paw at the keys) of small, toddler-sized pianos—others jump up to the bench and playfully tap on full-size setups. The result is always hilarious to see.

How can you encourage your own four-legged friend to do the same? The same way you would teach him any other trick—with some love, patience, and a handful of his favorite treats! Associate a command like “play the piano” with your dog touching the keys with his paw, and give him a little treat every time he does it. Just keep his nails nice and short, and don’t let him walk on top of the piano itself—even if he’s small enough to do it!

If you’ve ever heard your dog belt out a long “awooooooo” when he heard a high-pitched sound or musical note, you might have wondered—can he sing? Does he understand music?

According to a report by Psychology Today, dogs do indeed try to “one-up” one another (or the sounds they hear) to create varied sounds. They want their own unique howls to stand apart from the rest, which might be why “signing” with your dog can sometimes sound like a competition of sorts, with him getting louder every time you continue.

In 1980, Carnegie Hall even put this to the test with a production called “Howl,” which paired canine and human voices for a truly interesting effect. The dogs here learned to howl and make noises with the music—so maybe they do understand what’s going on!

If Fido had a favorite kind of music, what would it be? According to a researcher at Belfast’s Queens University, dogs (perhaps predictably) became calm and at ease when exposed to classical music, and louder and more agitated when exposed to metal music. Maybe your dog has musical tastes just like you!

So there you have it—even if your pup might not be able to read sheet music, he can still enjoy piano fun and music with you!